Back to Events Prev Next 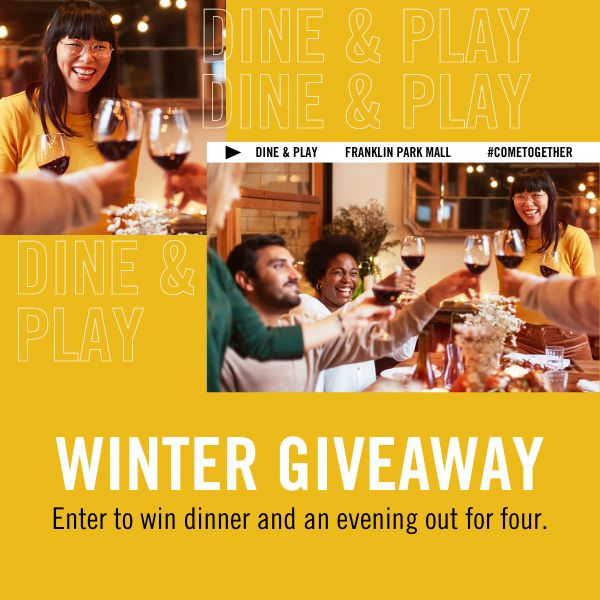 It might be cold outside, but we’re giving you a reason to get out enjoy dinner and some fun with family or friends!  Register here for a night out for four that includes dinner at Franklin Park Mall restaurant, a show at Cinemark, and games and fun Dave & Buster’s.